I am having trouble identifying this spider.  To view it as close as possible, right click and open the image in a new window. 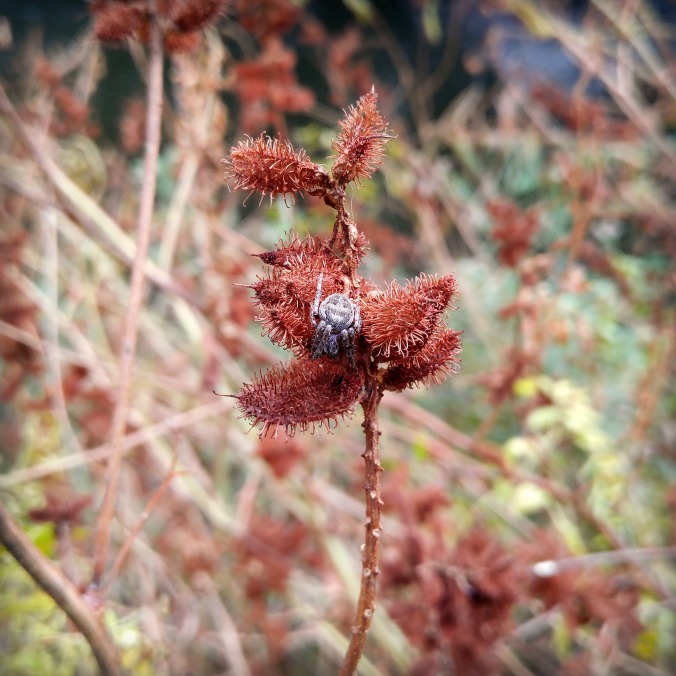 A large tree on the Old Town Parkway / Rock Creek (Twin Falls) is shedding fruit like never before.  I believe it is a Mulberry tree.   On one of my many rides past the tree today I stopped to taste the fruit.  Shortly after stopping, Lazarus rolled up on a bike of his own going the opposite direction:

We chatted.  He reported moving from Bulgaria 20+ (perhaps he said 25) years ago to escape socialism.  He said the Russians socialized his family’s dairy/farm.  He said he was also worried that socialism might be forthcoming, to some degree, here.

He taught me the name of the Mulberry tree in Bulgarian, which I now cannot recall, and told me the tree was a fond memory for him.  He also pointed out a nearby bush that would, later in the summer, be yielding fruit.

I asked him if he was happy and he essentially said, in his broken English, that happiness had been elusive both in Bulgaria and here.

My mechanical companion and time machine. 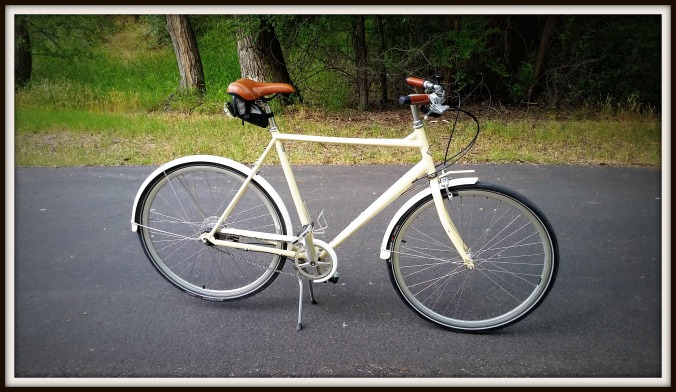 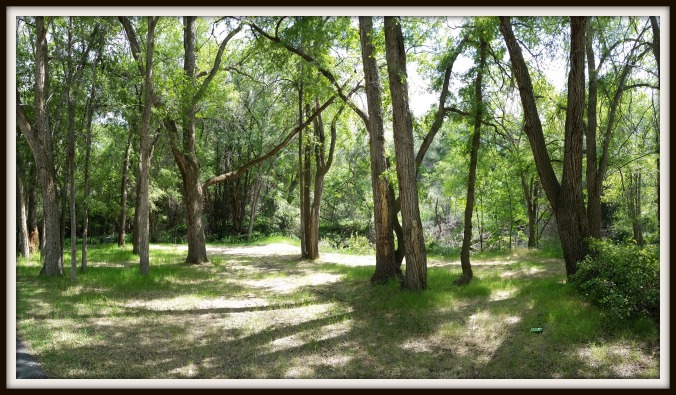 On days when I accidentally leave my more traditional camera at home, I am so grateful for the one built into my cell phone.

like me
the Mallards hear them coming
then going

unlike me
they’re unmoved

Here’s another drop in the bucket of a recalled peace.

I don’t have a lens that is normally strong enough for a decent bird photo, but in this instance I was in a blind, putting me close to the action.

I still remember an early morning mountain bike ride some years ago with a buddy of mine up Third Fork Canyon where he stopped in front of me, popped off his bike with great enthusiasm and asked if I had seen a wildly colored bird that he had just spotted before it flew away. I hadn’t. We looked at a field guide later and it became clear to us that he had seen his first Western Tanager. He saw it, I believe, because he had decided several days before that to start being more mindful of birds in general. The mindfulness that birding demands is something that I appreciate, and a Western Tanager is, in my opinion, a species that is easy to get excited about. 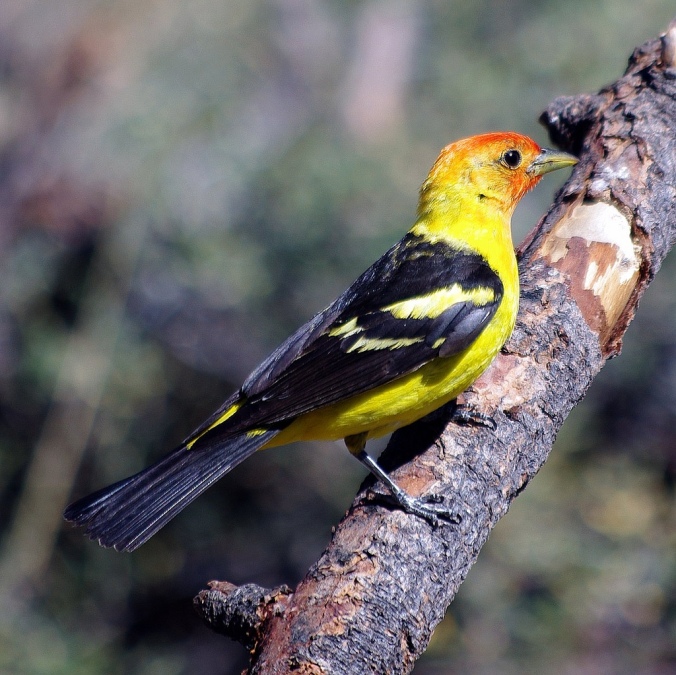 For dessert, I’ll take thorax
of sticky baked Mantis please.
And yes,
the ant will be joining me.