Today I saw some sort of green bee in the Golden Currants.  It is a bit out of focus but I feel it needs to be posted for the “Today I Saw” record.

Today I saw the flowering parts of a Black Locust tree, which I think Mary Oliver described in a poem she called “Honey Locust”.  Poetic license?

Today I saw the flowering part of a Russian Olive tree.

and.. for good measure, I also saw the flower of the aforementioned and oft (recently) photographed Bryony.

For a few weekends now I have been taking snowy walks in Rock Creek. I have been seeing a bird that I was assuming, at first glance, was an American Robin, because it was among the Robins foraging on the ground using the same technique as a Robin in the leaf litter. It also had a similar size and shape. I thought perhaps it was an immature Robin or for whatever reason, had just not yet taken on the proper color of a Robin.

I also thought, a couple of weeks ago, that I had seen some sort of Wren, by virtue of a certain tail flicking I was seeing at one point. (I am now re-thinking that)

Today, I saw yet again, this “Robin” without the expected coloration of a Robin, and a few minutes before, had seen what I thought at first was a Robin, but which then did some tail flicking (on a tree branch) in a way I don’t remember a Robin ever doing.

The videos below don’t show quite the amount of tail flicking I saw today, but I now believe with maybe 75 percent certainty that I have now seen what is called a Hermit Thrush. Since the Robin is in the same “Thrush” family, it is not surprising that the Hermit Thrush presents itself to me “like a Robin”. I am so glad that I finally took my binoculars with me on the walk, instead of my camera, which doesn’t have enough zoom to do birds justice anyway. Tomorrow, assuming the flock of them is still there by the creek, I will see if my certainty bumps itself up or down from 75%.

I don’t know if these Hermit Thrushes are going to be around all spring and summer, or if I just happen to be catching them passing through.

We always think of the Robins returning during the spring, but the Robins have been down in Twin Falls Rock Creek (Old Towne Parkway), despite the largest snowfall in the valley in maybe 50 years, and some days of extremely cold temperatures, the entire winter. They, along with these Hermit Thrushes, –if I may be so bold as to claim accurate identification,– work the–mostly damp–leaf litter in places where the snow has melted on slopes facing the afternoon sun.  The Flickers, which are numerous often work the same ground in concert with the Robins.

Perhaps I would just mention in addition to these Hermit Thrushes, which I am somewhat excited about, the bird watching down below the factories this winter, in Rock Creek (Old Towne Parkway) has been great!  Now, I don’t know if it has been great because I don’t expect, typically, to find a lot of birds in the dead of winter, or because it is the perfect habitat for all these birds during the wintertime.   The creek has NOT frozen over and there are warmer patches of water, I believe, where the treated sewer water and treated factory run off runs into the creek.

The birds I continue to see this winter there are:

The photo at the top of this posting is from today and this photo is also from today, shared to show the snow cover:

Yes, it’s July, but in some parts of the woods, leaves are beginning to change. 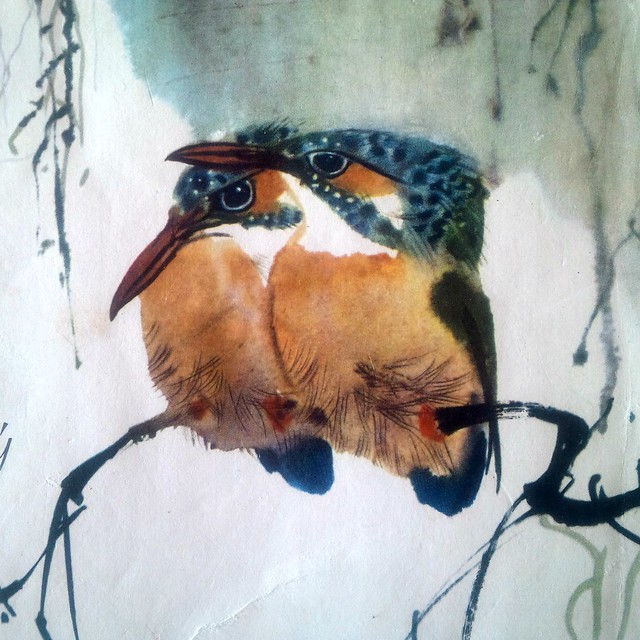 A photograph of a 1963 illustration by MIRKO HANAK of Czechoslovakia.

Today I learned that Kingfishers do not nest in trees or on the ground, but rather dig a tunnel in the side of the bank and lay their eggs on what the poet Charles Olson calls “rejectamenta”,..

Here is a snippet from his long poem entitled The Kingfishers:

Well, the “fetid mass” is not so exciting to contemplate, but the rest of this is quite interesting. How did I not know this before now?

A review of Wikipedia on “Kingfishers” was eye-opening.

Here at The Presidio in San Diego I saw my first Black Phoebe. It has a nest above the main entrance. 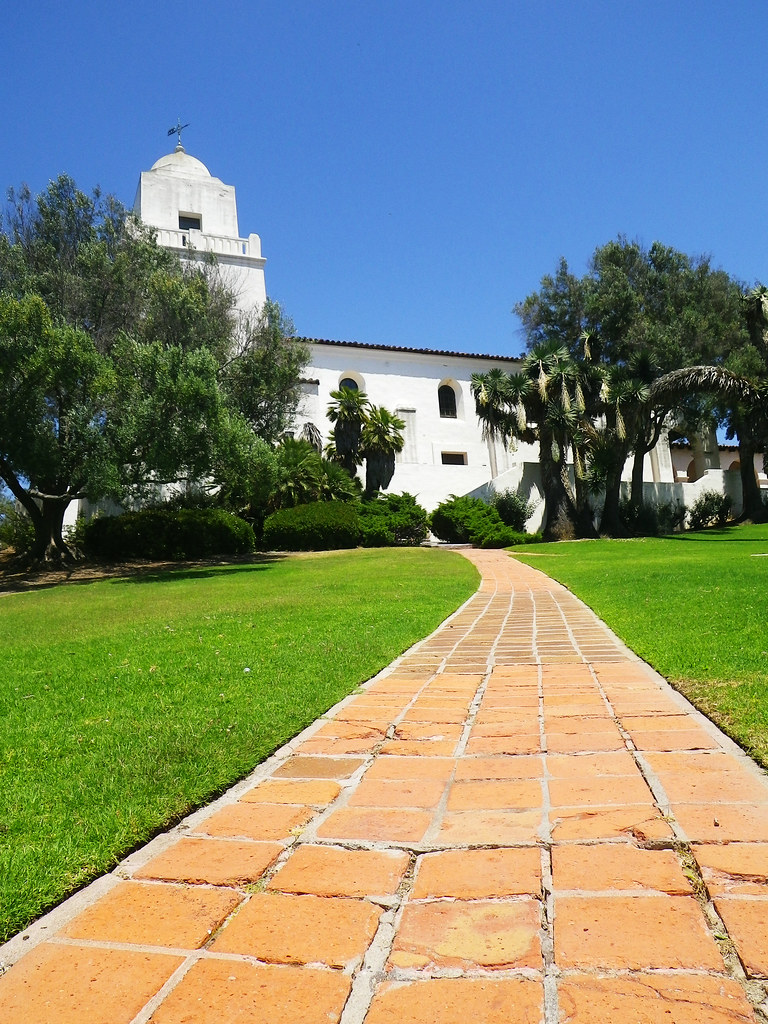 The grounds have come a long way since 1929:

For the record, this is the Black Phoebe: